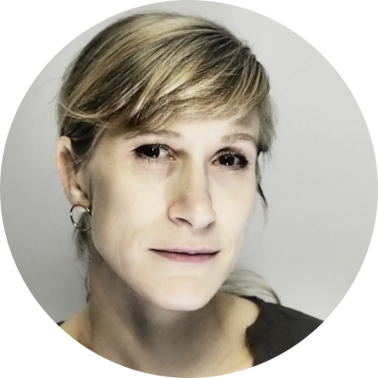 Form and function in hillslope hydrology: in situ imaging and characterization of flow-relevant structures 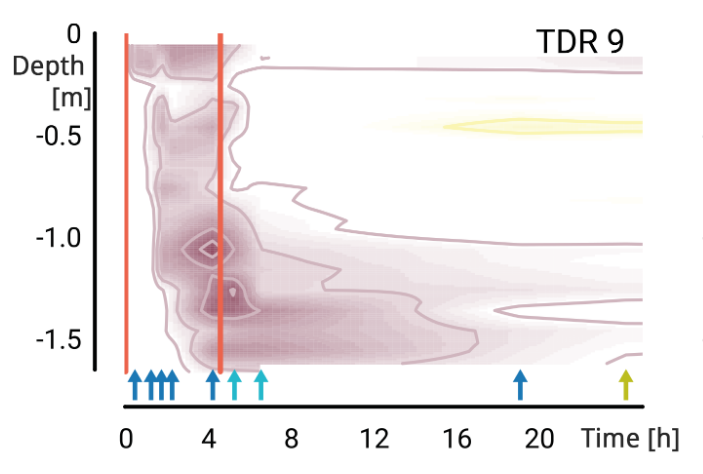 The study deals with the identification and characterization of rapid subsurface flow structures through pedo- and geo-physical measurements and irrigation experimentsat the point, plot and hillslope scale. Our investigation of flow-relevant structures and hydrological responses refers to the general interplay of form and function, respectively. To obtain a holistic picture of the subsurface, a large set of different laboratory, exploratory and experimental methods was used at the different scales. For exploration these methods included drilled soil core profiles, in situ measurementsof infiltration capacity and saturated hydraulic conductivity, and laboratory analyses of soil water retention and saturated hydraulic conductivity. The irrigation experiments at the plot scale were monitored through a combination of dye tracer, salt tracer, soil moisture dynamics, and 3-D time-lapse ground penetrating radar (GPR) methods. At the hillslope-scale the subsurface was explored by a 3-D GPR survey. A natural storm event and an irrigation experiment were monitored by a dense network of soil moisture observations and a cascade of 2-D time-lapse GPR “trenches”. We show that the shift between activated and non-activated state of the flow paths is needed to distinguish structures from overall heterogeneity. Pedo-physical analyses of point-scale samples are the basis for sub-scale structure inference. At the plot and hillslope scale 3-D and 2-D time-lapse GPR applications aresuccessfully employed as non-invasive means to image subsurface response patterns and to identify flow-relevant paths. Tracer recovery and soil water responses from irrigation experiments deliver a consistent estimate of response velocities. The combined observation of form and function under active conditions provides the means to localize and characterize the structures (this study) and the hydrological processes (companion study Angermann et al., 2017, this issue).